Back to Back Kookaburra Cup Wins for our Ladies

Back to Back Kookaburra Cup Wins for our Ladies 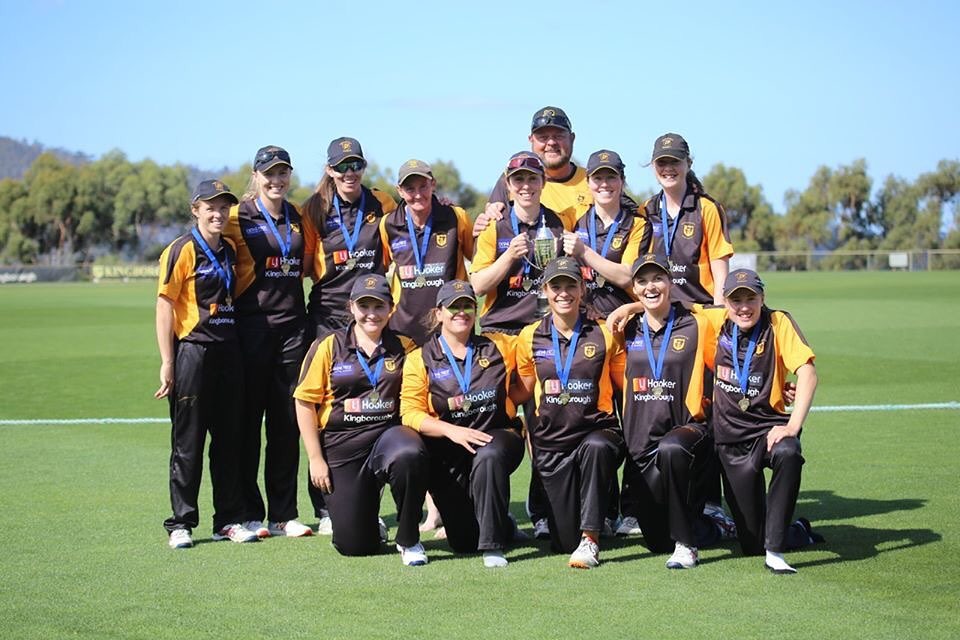 Kingston twin ovals was a beautiful 24 degrees and not a cloud in the sky. Knights captain Brooke Hepburn tossed the coin incorrectly again and the Demons chose to bowl on what looked to be a good batting deck. Sash Maloney and Emily Mifsud got the knights off to a great start when the latter smoked a pull shot to mid wicket 1/45. Bonnie Davies was next in and after losing Sasha (28) and Brooke (17) just before drinks, our target of 200 plus was a long way off. Bonnie kept rotating the strike and after losing 3 more batsmen in single figures, it was Sam Bates who lifted the tempo scoring 20 off 10 balls to get the Knights to a par score of 178. Bonnie finished with a superb knock of 55 not out. Amy Smith the best bowler with figures of 2/30.

After a magnificent spread for lunch prepared by our wonderful volunteers Pete and Liz Doolan, Phil Scott and Lindy Henley, play resumed in front of a large crowd that were enjoying the pleasant sunshine.

Stef Dafara was in a real hurry to chase down the runs but a mix up allowed Alyssa Smalls to throw the stumps down and send Taylor Purdon back to the grandstand 1/11. Melodies Armstrong was given a life on 1 and started to drive the ball to the fence with ease. The introduction of Sasha Maloney (after keeping for 10 overs) paid dividends as she upset the timber of both Dafara and Langston. Much to the delight of Bonnies nan in the stands, Bon bon was able to snare 2 wickets with her left arm seamers and the home side was looking good. Demons skipper Hanna Short (55*) had other ideas and the game was always in the balance while she was at the crease. Maybe it was some gravy from the pork rolls or too much sunscreen but the knights were missing chance after chance to close out the game with dropped catches and missed runouts (to many to count) as the game reached the 40th over, 12 required to win for the visitors from 6 balls with 1 wicket in hand, yes another chance went to grass only to be fielded by Brooke who threw the stumps down to seal back to back victories for the Kingborough Knights.

No surprise that Bonnie Davies was player of the match also for the second straight year!!!   Well done ladies

Write up provided by Marc Owen.

Want to keep up with Club news...

Leave us a reply